View source
watch 01:36
We're Getting Mutants in the MCU - The Loop
Do you like this video?
Play Sound
This article is a stub. You can help A.V.A Global Wiki by expanding it.

The Benelli M1014 packs enormous amounts of stopping power and is automatic, allowing it to kill efficiently and quickly. However, this weapon lacks penetration as it fires a spray of buckshot, not a single bullet that other weapons utilize. The Benelli is capable of taking on multiple enemies depending on certain conditions. Within buildings, the Benelli is able to eliminate enemies almost instantaneously. The damage and ROF is very similar to the FN TPS.

There are no known modifications for the Benelli M1014.

There are no known modifications for the Benelli M1014.

There are no variants of the Benelli M1014. 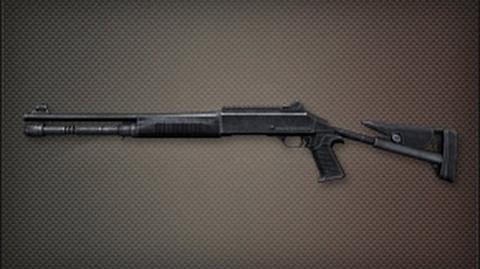