The Skorpion is the first machine pistol that can be unlocked with Euros for the secondary weapon slot. Unlike classic pistols, the Skorpion is fully automatic. To make sure the gun is balanced, however, the clip has has been reduced from its traditional 20 size to 10. The spread of the Skorpion is also large in comparison to the pistols, and therefore is only useful from short range. Since the Skorpion can only hold 10 bullets, it is practically useless to the player if they are being attacked by several enemies and isn't reliable as a "Primary" weapon.

The TMP has a significantly larger clip, is more accurate and is more mobile

The Skorpion has negligibly higher damage and higher stability 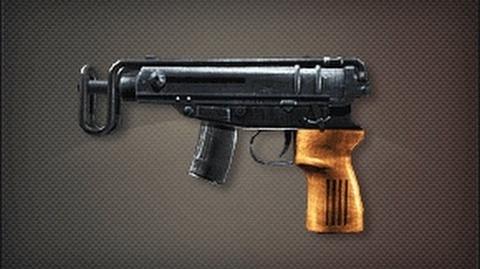