The Stechkin APS is a Secondary released in the ___ Content Update.

The Stechkin APS is a machine pistol known for its high firerate compensated by a slow draw time and low damage. The Stechkin APS usually has an ammo count of 20/20, but with the Sniper Ammo Perk it is upgraded to 20/40. The Stechkin APS fires fastest on its fully automatic setting, but is not recommended because players will quickly lose control of the weapon thanks to its insane recoil. The Stechkin APS's low range stat of 10 does not allow it to be combat effective at longer ranges, and the low penetration of its bullets makes it exceedingly difficult to obtain kills, even at close range. Combined with all its flaws, the Stechkin APS is usually ignored in favor of more user-friendly secondaries, but mastering this beast can make any player feared when their primary bullets run dry.

In theory, the Stechkin APS could be a good choice for players without the Euros or correct rank to purchase the TMP. Most of the other fully automatic secondaries have relatively similar stats in comparison with the Stechkin APS, but its magazine size of 20 bullets could prove to become more useful than the TMP(ammo = 15) or Scorpion (ammo = 10) in certain situations. 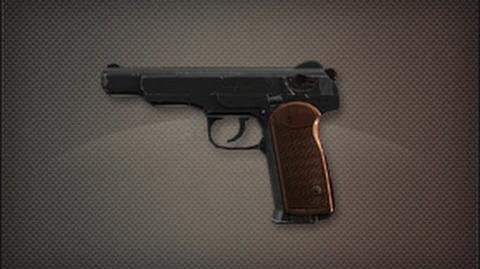