The TMP (Tactical Machine Pistol) is a Secondary first introduced in the 04-14-11 Content Update.

The TMP is a fully automatic machine pistol equipped with 15 rounds, making it exceptionally useful for close range combat and swiftly becoming ineffective as distance increases. It is an extremely user-friendly weapon, utilizing its almost non-existent recoil for accurate shots on close-range targets. The 30 total rounds are expended quickly, so the TMP should only be used in dire situations. Given its longer Draw Speed for a Secondary, the TMP is lost in favor among Pointman and Rifleman to pistols. However, the fierce Damage and Rate of Fire of the TMP makes it the go-to weapon for Free-to-Play Snipers, giving the normally fragile class a chance of survival in close quarters encounters.

The TMP, along with the MK23 SOCOM and the CZ75 are the only three permanent non capsule secondary weapons in ijji AVA. Of the three, the TMP boasts the highest firerate and shares the same high mobility with the CZ75. However, the TMP also has the lowest damage of the three the lowest accuracy and the lowest stability. Still, given its Rate of Fire, the TMP has a fairly high Damage Per Second stat and is perfect for players who enjoy playing aggressively. 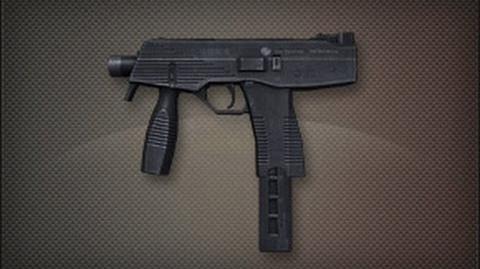